Paul Mann loves to be bad. I mean on TV of course. The Russian born, former US Army paratrooper turned actor is returning for a second season on the hit TNT series Claws. His character, Boris, who appears halfway through season one, is a brutal, trigger happy henchman for the Russian mafia.

Paul may have the military and martial arts experience that make him a trained killer, but in real life he comes across as the diametric opposite to his roughneck character. For starters, Paul is warm, welcoming and easygoing. Dig a little deeper and discover that he is vegan, raises two adorable Jack Russell terriers and gets around New York City on a one-wheeler. Yes, a one wheeler.

I sat down with Paul at Peacefood, a vegan spot in the East Village, where we discussed his success as an actor, his dream role and how he keeps himself in such excellent, camera ready shape (hint: diet and exercise!).

How does it feel to be working on a hit TV show?

That feels Amazing! In January, I’m going back to New Orleans for who knows how many months and will be working again with all of those amazing actors. No matter what happens until [then], I know that January is going to be amazing. It feels great.

You play the character Boris, who is Russian mafioso.

[I play one of] the henchmen of the head of the Russian mafia. She’s in charge of these rings of operations, and we’re playing her sons, me and my brother, who unfortunately was killed in one of the last episodes.

How are you alike or different than Boris?

First of all, I was born in Russia [and] play a Russian character. When growing up, I’ve seen real Russian mafia fights and that type of brutality, which my character is playing on the show.

Anything else in your background that’s helped prepare you for this role?

I served in the U.S. Army for four years. I was deployed to Afghanistan for fifteen months. I’ve been shot at, I’ve shot back. I [also] did stunts for a couple of years. I realized that’s not really my thing, because I wanted to be in front of the camera. [I’ve practiced] martial arts most of my life; boxing, kickboxing, Muay Thai, wrestling and I was a parkour instructor and athlete. 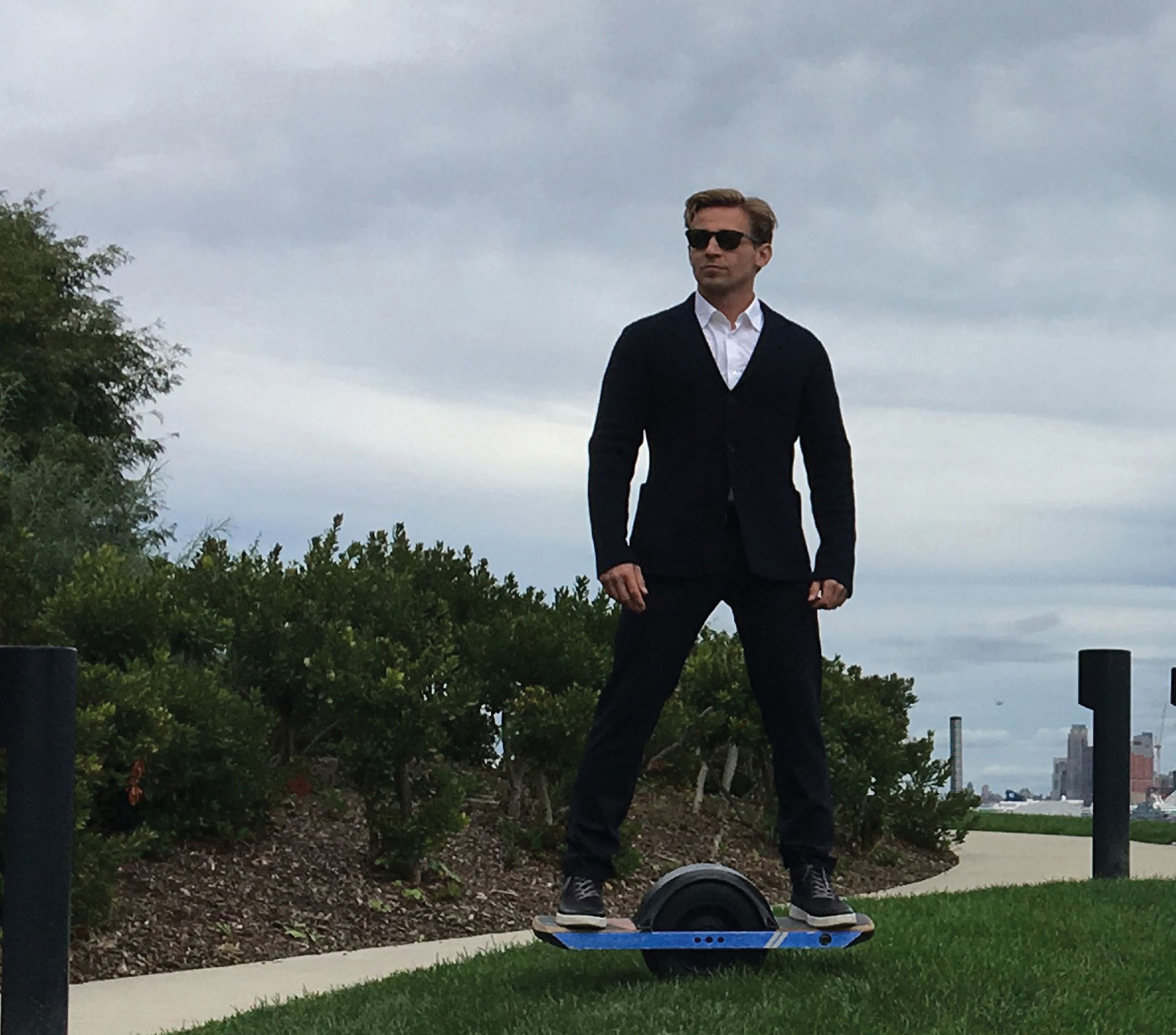 Today, I had a client run with me. Then I went to the gym. I do a lot of calisthenics in the morning and then at night I lift actual weights. I work handstands, planking, pull-up bars. I do all sorts of muscle-ups. I also do yoga three times a week.

Tell me about your journey as an actor.

[After] I got out of the military, I went for business and financial services. About two years in, I was like, ‘what am I doing? This is not me.’ [At the time] I watched movies with non-Russian actors playing Russian characters. I took a lot of theatre classes in high school and friends were like, ‘You should definitely try [acting]. So, I studied Meisner [acting technique] for a couple years. My first role was in Daredevil, Marvel’s TV show. Then I had a small part on Blacklist. Then Claws came out of nowhere. I went on the audition, and I didn’t get it. Two weeks later they called me back and were like, ‘Would you come back in?’ I said sure, of course.

My dream role would be James Bond. But I guess they’re going to have to come out with a Russian Bond, because they always go with the Brits.

What advice do you have for aspiring actors?

Be ready for anything. You have to keep yourself in shape. You can get out of shape for any role easily. A lot of actors [think] ‘I need an agent,’ [and when] they don’t get one, they quit. Don’t quit. And if you think, ‘I don’t have anything extraordinary or special, create it!